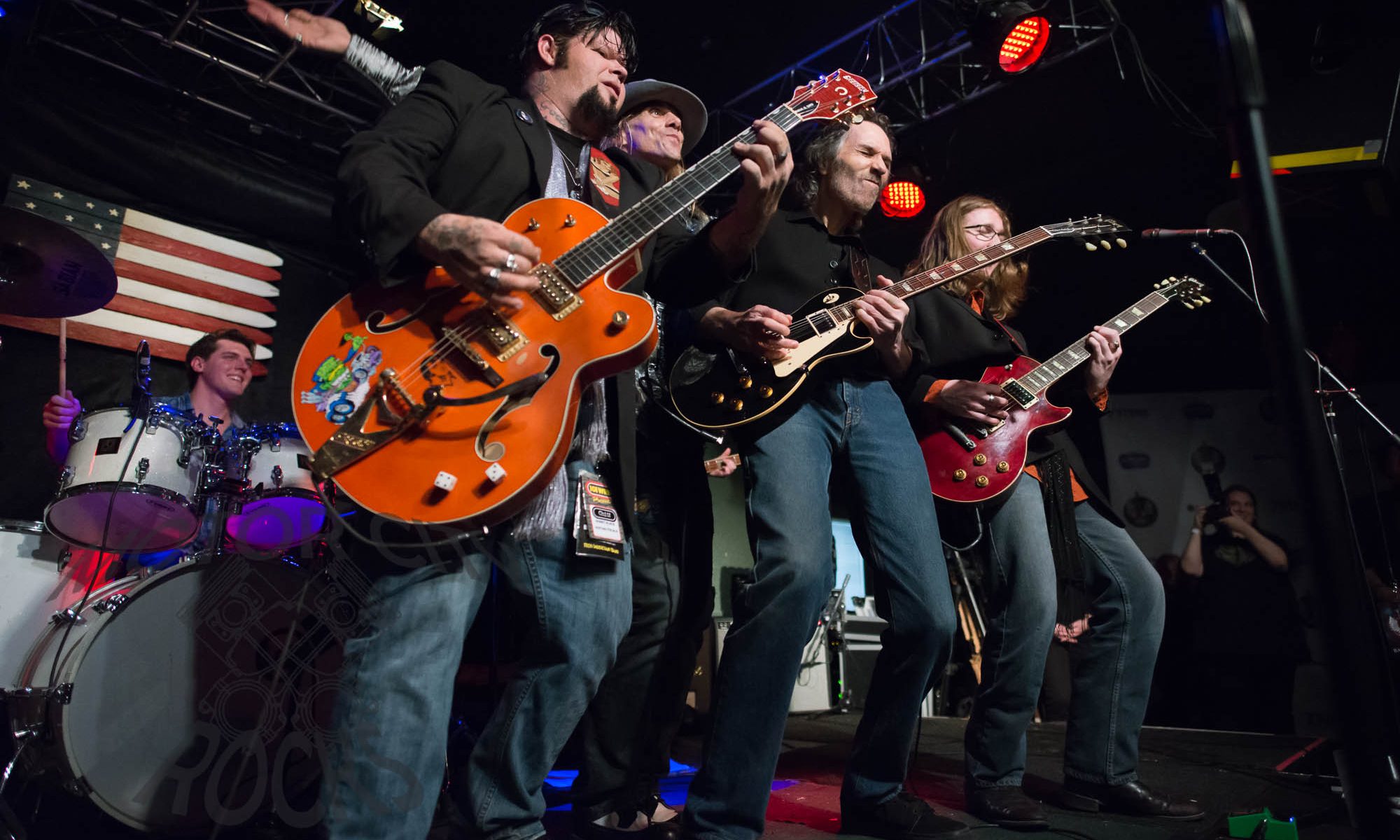 Two local pop bands opened for The Hamiltons CD release party. First up, LIN-Say put on a unique show with strong visual elements, including a light show and an interesting arrangement in instruments. They were followed by the group Stereo Jane, twin sisters who recently signed with Atlantic Records. Detroit has long been known for a diverse music community with rich talent. These two groups are evidence some things never change and the future of Motor City music is as bright as it ever was.

The Hamiltons, who take their name from Cranford Hamilton Nix, opened their show with Nix’s “No Time To Lose.” The frontman for the group, Robert Hamilton, is tireless on stage, quickly making a connection with the audience giving a shout out to all the locals he knows and lets the house know the party has started. In addition to Robert on lead vocals, the lineup includes Bobby Black Hamilton and Shane Sanders Hamilton on guitar, Jesse Hamilton on drums, and Paul Hamilton on bass (all members are Hamiltons when on stage). Tosha (Owens) joins the group to give some legendary Detroit blues backing.

He followed with another Nix song, “I’m Sorry,” then several of original songs. “One Last Thing,” an upbeat song about missed opportunities was followed by “Drinkin’ A Lot” and “I Want to Touch Your Body.”

In addition to the CD release event, this was also the day that Robert was celebrating his and his daughter Caseyâ€™s birthday. He was presented with flowers, then called his daughter to the stage and introduced her to the audience.

After “Annie Good Bye” and “Bar Room Angel,” the Hamiltons gave us a great rendition of The Grateful Deadâ€™s “U.S. Blues,” followed by “Bleeding For You.”

Caleb Gutierrez from The Infatuations joined the band to help out with The Rolling Stonesâ€™ “Wild Horses,” followed with “I’m in love with Joan Jett” and “(Hey little girl) What was your name,” both Hamiltonâ€™s originals, followed by “Alone.”

The last song of the night was “Since You’ve Been Gone,” with Robert giving a nod to The Rockets, from which McCarty was a founding member.

Of course the last song is never the last song. A round of “Happy Birthday” was followed by a hard-driving version “Gimme Shelter,” with Jim McCarty adding his signature screaming guitar licks and Tosha Owen covering the high-end of the this well-known song from The Rolling Stones as an encore.

The Hamiltons’ not only put on a powerful music performance, they engage the audience with their friendly party atmosphere where everyone is energized.