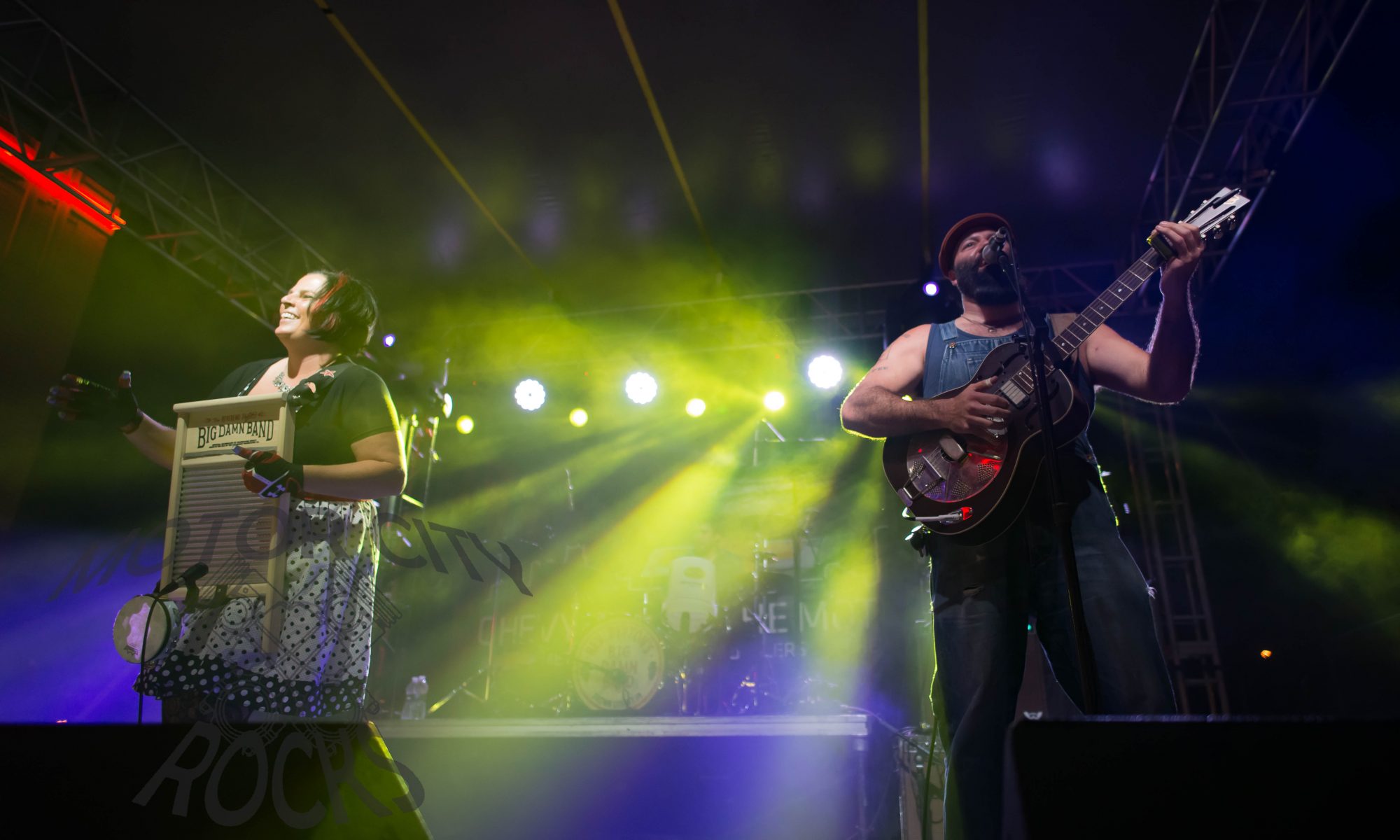 I’ve been a fan of The Reverend Peyton’s Big Damn Band for quite a while, and years ago, I heard they’re coming to town, but….couldn’t make it.  Every time they came to town I had a conflict.  Last week, I saw they were doing a free show at the Ferndale DIY street fair, and even though I don’t like shooting festivals, there was no way I would miss that.

We made it to the street fair a few hours before the music started, and I’ve never really hung out in Ferndale before, but I liked it.  Pretty laid back scene.  No excessive security, the Police had a booth, but they were just talking to people.  A band was on stage, and the guy said they were just “Two guys and a guitar” I think.  They made a lot of sound though.

We wandered around the east side of Woodward, we didn’t have enough time to cross and see the other side, not sure how much was there.  Checked out all the booths and after a while,  made it back to the stage area, “Tart,” a three piece band with two Asian guys and a blonde female singer was setting up.  They were good, we’ll probably see them around some more.

Tart was followed by Wilson, a Detroit hard rock band that is really rising in popularity.

Finally, The Reverend Peyton’s Big Damn Band hit the stage, they were running late because of a breakdown in Columbus, OH, but you wouldn’t know the rough trip they had by the performance they put down.

The Reverend Peyton’s Big Damn Band is no stranger to Ferndale, they regularly play venues around Ferndale and this is the second time they’ve played the DIY Street Fair.

The band is well known in the area which explains the jam-packed crowd.  I made it to Stage Left up front but that was it.  I wasn’t going to be able to move around much.

Reverend Peyton plays a variation of his own signature fingerstyle blues.   A uniquely American style originating from the Mississippi Delta that was once common, but scarce today.

Reverend Peyton plays a variety of guitars, from his 1930 steel-bodied National guitar, to an Axe.  An actual single-bit axe, which he keep sheathed, because, as he tells us, he “Keeps everything sharp.”

Add in Breezy on the washboard and Max Senteney and you have a slice of Americana with great appeal for a modern audience.

I’ve been really looking forward to seeing them since they first signed with Side One Dummy records and their performance did not disappoint.  The Fog Machine and the terrible high-intensity spotlights directed right into the crowd really diminished the experience, and certainly did my photos no favors.

(Note “Spaghetti Man” in the center of the photo, a Ferndale/Royal Oak regular at any event.)